Keeler Vault Company, Inc. had its beginning in 1949 when Edward J. Keeler and George B. O’Brien formed Wilbert Vault Works.  Wilbert Vault Works was a distributor for Wilbert Burial Vaults.  In 1973, Edward’s son, Timothy, joined the company full time.  In 1979, Timothy’s brother Joe joined the company and they began producing their own vaults and subsequently obtained a Wilbert sub-license and produced Wilbert Burial Vaults. 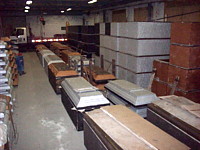 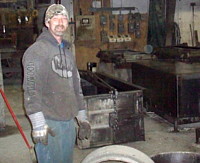 In 1986, they purchased a full service monument and memorial company called Hudson Monumental Works. This well established company dates back to 1892. By 1988, Keeler Vault Company, Inc. had begun to precast steps and curbing.
In 1996, Keeler Vault Company, Inc. moved to its present location on an eight acre site. Along with the move came the monument company to the same site. They began producing septic tanks and other related precast products.
This year, in 2019, Keeler Vault Company, Inc. sold their company to Patrick Daly. Now Keeler Precast Concrete, Inc., Mr. Daly has continued this thriving business with his staff (past and new workers).
We all want to thank our old and new customers for their continued support of our products and services.